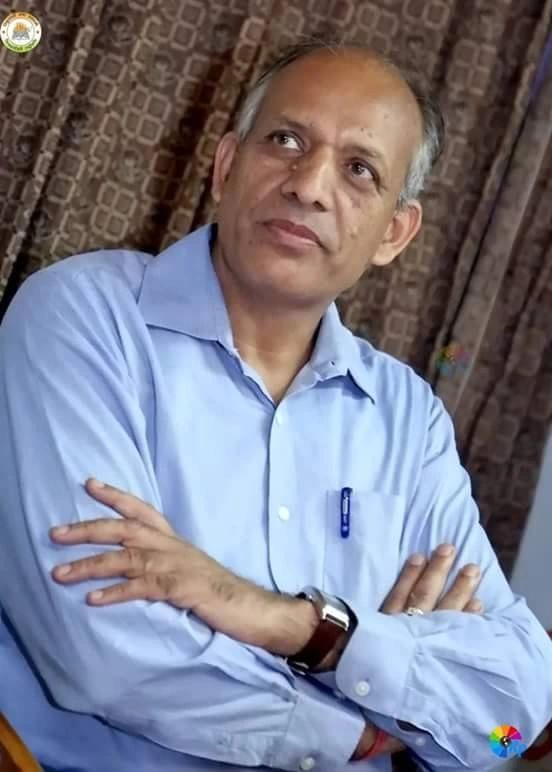 Expansion and Portrayal of Essential Humanity in Bisht’s Writing

Shhh! She is here!

A Plea for Stability

A Plea for Stability -.V.K. Joshi

A work of fiction has infinite possibilities. It gives the greatest scope to a creative and imaginative author for putting across to his readers his own approach toward situations and people on the one hand and, on the other, it allows him to give his own interpretations of life around him. While he is engaged and absorbed in shaping and expanding his experiences into a credible form, he is also intensely aware of his commitment toward his own craft. Thus, a work of fiction is not just a kind of willful wandering. It is a projection of some truth: of something that an individual has gone through personally or imaginatively. Truly speaking, any work of fiction is and should be a delineation of believable statements even if they are outlandish or far-fetched logically to some. Freedom is the right of a novelist. However, this freedom is curbed by certain self-imposed obligations too. The first and foremost of these is, maintaining one’s objectivity as a writer. It’s a very difficult thing and complex too. It calls for rising above one’s biases and proclivities.

It’s difficult for an author to depersonalize him while portraying life and activities of the people. It becomes trickier when it pertains to events, situations, regions and characters of the past. In fact, any writer’s capability of viewing his content against a backdrop of a green curtain makes him rise above that vain, sentimental creative opacity which is surely lost into a mire of deliberate and studied frills and de trop embellishment. Such creative ventures are done for beguiling those untrained and imperceptive readers who are taken in by veneered surfaces and polished utterances. There have been a number of writers in Hindi language who have meticulously portrayed the life in the region of Uttarakhand. Some of them have been quite famous too. They have had a wide readership; and, yet, they failed miserably in giving a vast imaginative space to their content.

Apane Aranya Ki Aor, a Hindi novel by well- known writer, Dr. Harisuman Bisht, is a magnificent portrayal of life of the people of Uttarakhand who have been forced by their circumstance to migrate to the bustling cities for jobs for survival. But, all the same, they cannot wipe out the memories of their native place. It engenders in them a sense of guilt. Manish, the protagonist of the novel is the most powerful depiction of a character who is a victim of his own broodings. He has been shown to have lost his own identity in the hectic and demanding modes of the life of a big city. He keeps teetering between hopes and despairs of a life that he responds to ambivalently. His incertitude in life ends when he recognizes the healing effect of Majuli in his life. There is a powerful love story too in this very original novel. Some of the dialogs between the lovers have high literary quality and elevate this book to a higher level of experience. The readers are surprised and when they see how Manish is reborn into a mature fighter and accepts life in totality. His rejection of a petty, selfish and vain politician, Kamalkishore, is only possible because of Majuli.

This novel is a unique statement on life. It does not just criticize the effects of exodus of the people from hills. It sees the issue through a larger angle of existence. It seems, here the novelist wants to suggest to his readers that the wheel of growth cannot be stopped. It is not desirable either. What is needed is a commonsense approach toward growth and development and one’s loyalty to his heritage simultaneously. There is no gainsaying that a thoughtful adaptation to the speedily changing world alone can sort out complications and complexities that have been created by man’s greed and longing for material gains. The nub of this novel lies in presenting before its readers a tragic disintegration of a very old culture and ethical moral values of. It shows too how a fractured psyche can be source of continuous mental suffering and agony and also how a directionless life can result in innumerable ordeals. Manish’s dissatisfaction voices the entire process of a lowly life very vividly.

The opening of the novel is a finest display of imaginative creativity. I feel it’s symbolic and seems to have an allegorical purport too. The image of metro tunnel is very significant. Manish and Majuli enter into it impulsively and are separated. The whole chapter keeps you in a state of suspense. When Manish comes out from darkness into light, he then reflects some growth into his inner self. Entry into the tunnel and exit from it have a sort of chiaroscuro effect that lingers into a reader’s very being throughout the novel.

The entire work is an effort at putting together the vastly spread out sporadic memories, experiences and reflections. There are moments when the author is not very sure of his convictions about issues related to mass exodus of the people from the region: he has not stated in very clear-cut words whether it has been for good or bad for the inhabitants of the region. Whatever it is, this work of fiction is very enlightening.

Bharatiya Jnanpith deserves kudos for bringing out this creative work before the public.

The work is a plea for stability and emphasizes upon the need for maintaining a balance between growth and progress and preserving traditions and old, cherished values of life.

The title of the work contains lots of power and meaning and can be interpreted at several levels. It is related to unfathomable depths of the human self.